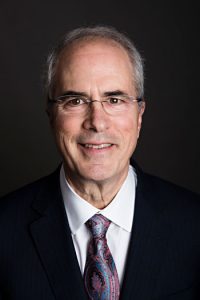 In over 40 years of practicing law, Mr. Thorman has established himself as one of the top litigators in Alameda County and the San Francisco Bay Area. He studied trial practice at Stanford Law School with hands-on training from Rose E. Bird, later to become Chief Justice of the California Supreme Court. He cut his teeth in criminal law as an associate with the legendary Clinton W. White, a top trial lawyer who later became a superior court judge and a Justice of the California Court of Appeal. Mr. Thorman has been listed as one of the top attorneys in the San Francisco Bay Area by San Francisco Magazine.

Mr. Thorman has tried more than 85 jury trials in both state and federal court, ranging from capital murder to drunk driving to personal injury. His better known cases include representation of a real estate developer/sports agent in a capital murder charge known in the press as the cross-bow murder and representation of one of the defendants in the transgender murder case out of Newark, CA. With his partner, Jules Bonjour, he obtained a million dollar verdict against the California Highway Patrol following an auto accident that seriously injured his blue-collar client. He has handled cases throughout Northern California as well as Oklahoma, Tennessee, and Washington, D.C.

He is motivated in his work by the variety of his practice, the intellectual challenge of a legal problem and the desire to help people out of difficult circumstances. His style of practice relies on extensive preparation through both legal research and analysis and spending enough time with the client and family to make sure he understands the case and their needs. He believes that combining integrity and civility with a detailed knowledge of the law and facts has helped him achieve superior results for his clients, whether before a judge, a jury or in a settlement negotiation.

Mr. Thorman and his wife, Dena, have two children, two grandchildren, two dogs, and two birds, and live in Orinda, California. His other passion other than the law is bicycle riding. He boasts too often some say about completing all five passes of the Markleeville Death Ride in 2003, and hopes someday to have the fortitude to do it again.