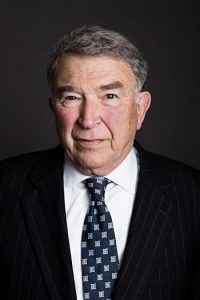 Mr. Bonjour has been a litigator for over forty years, specializing in both plaintiff personal injury and criminal defense. He has been recognized as one of the best lawyers in Alameda County by the local press. He obtained a not guilty verdict in a murder case for an innocent man and a million dollar verdict for a working man who was seriously injured in an auto accident.

Big case or small case, Mr. Bonjour takes great pleasure in helping people. He tries to help his criminal clients with the problems that contributed to them getting into trouble, whether it is alcohol, drugs, anger, depression or bad judgment. He works with his clients as well as counselors, programs or other resources to provide the help needed to reduce the likelihood his clients will re-offend.

When Mr. Bonjour is representing an injured person, he makes sure they get the best medical attention available and the most money for their injuries. Mr. Bonjour is proud of his reputation in the legal community. It is not uncommon for judges and district attorneys to refer cases involving their friends or family to him because they know they will be represented competently and will get the best possible result.

Mr. Bonjour served as past president of the Earl Warren Chapter of the American Inns of Court, an invitation only organization known for attracting leaders in the legal community. He is also a founding member of California Attorneys for Criminal Justice, a state wide organization dedicated to protecting and preserving the rights of the accused.

He graduated with honors from Northwestern University in 1961, obtained a Master’s Degree from U.C. Berkeley in 1963 and his law degree from Boalt Hall, U.C. Berkeley, in 1966. He is married, lives in Berkeley and has three children.