During her nearly 15 years as an attorney, Emily Dahm has earned her reputation as a fighter. Her aggressive and tenacious advocacy has made her a force to be reckoned with both inside and outside the courtroom. She brings a unique combination of complex civil litigation and criminal trial practice skills to Bonjour, Thorman, Burns & Dahm.

An accomplished trial attorney, Emily has tried nearly 30 cases to jury verdict and secured numerous full acquittals. In the trials that resulted in mixed verdicts or convictions, the trial outcome was usually far superior to the pre-trial offer to settle the case.

After graduating from the University of California at Berkeley’s Boalt Hall School of Law, Emily began her career as an attorney with the international law firm Latham & Watkins, LLP, practicing in their Hong Kong and San Francisco offices. While in Hong Kong, Emily primarily worked on multinational corporate financings for multi-million-dollar infrastructure projects in Asia. Emily then joined Latham & Watkins’ San Francisco office to focus on litigation. In San Francisco, she honed her skills in complex commercial litigation, securities litigation, white collar crime, and auditor liability. While at Latham & Watkins, Emily also handled numerous pro bono cases where she could engage in her true passion: fighting for the underdog. She represented homeless individuals charged with minor crimes and asylum applicants fleeing violence and persecution.

Emily’s commitment to defending the disenfranchised brought her to the San Francisco Public Defender’s Office where she served as a Deputy Public Defender for eight and a half years before going into private criminal defense practice. In over a decade of criminal defense practice, Emily has fought thousands of misdemeanor and felony cases involving a wide array of crimes, including complex public benefits fraud, “Three Strikes” cases, carjacking, vehicular manslaughter, attempted murder, driving under the influence, drug possession and sales, all manner of sex crimes, theft, burglary, robbery, gang crimes, domestic violence and stalking, assault and battery, and illegal weapons possession.

Emily commands a courtroom with her mastery of the law and rules of evidence and her personal style. As a result, she achieves both excellent settlements and trial results for her clients.

Emily has been a guest speaker at Berkeley Law, San Jose State University, and University of San Francisco Law School. 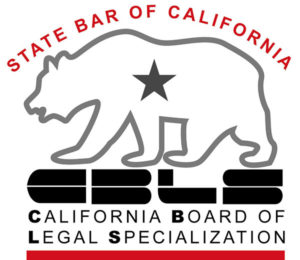