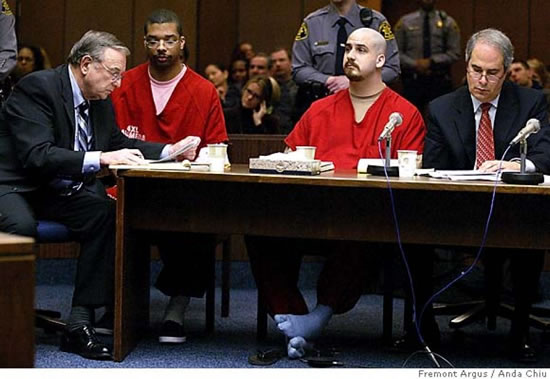 Three men will be tried again for first-degree murder in the slaying of transgender teen Gwen Araujo, a prosecutor announced Tuesday, after a judge declared a mistrial in a case in which activists had hoped a guilty verdict would send a forceful message about gender-related hate crimes.

Chris Lamiero, an Alameda County deputy district attorney, made his decision shortly after learning that jurors had agreed that the killing in Newark almost two years ago was murder – but were deadlocked over whether it was premeditated.

Read the rest of the article here ».